As Traffic Management Specialists the objective of GKTM is to provide to any party carrying out construction and maintenance works on a public road with a set of measures that will promote the safety of both the user and the worker. We maintain the highest levels of safety at all times while minimising the disruption of traffic flow and pedestrian routes. 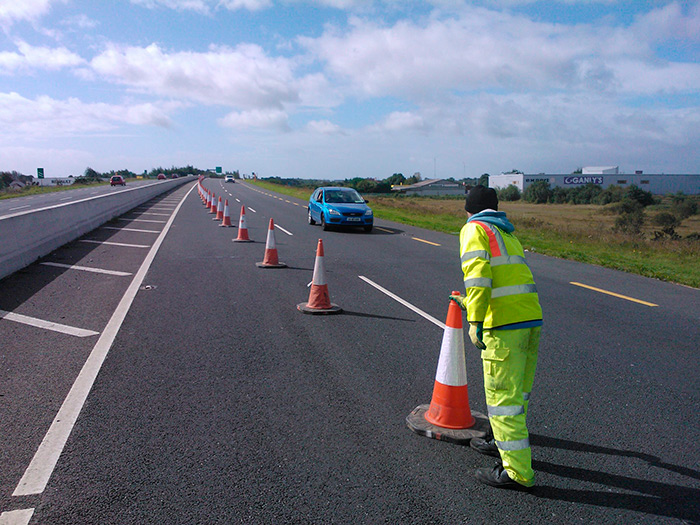 Where there are works on a dual carriageway or motorway, it is necessary to close at least a single lane, possibly two lanes. It will depend on the nature of the works. The type of works that could results in lane closures include resurfacing, grass and verge cutting, crash barrier installation, pot hole repairs. This is just a sample of the different works that can be carried out.

The basic components of a Temporary Traffic Management Plan are lane closure design and a method of controlling traffic movement past the works site.

The stop and go system of traffic control can be used on single carriageway roads where traffic is reduced to one single lane due to road works, at plant crossing points and at site entrances/exits.

Stop and Go battens can be manually or mechanically operated, This method allows traffic flows to move according to the actual demand, thereby reducing congestion, delay and driver frustration. STOP and GO battens are often specified and/or required during peak traffic flow periods on sites where remote control methods, such as temporary traffic signals, are used during the off-peak periods.

The image above shows a manually operated stop and go system with stop and go battens at either end of the roadworks. The operator at one end is not visible to the operator at the other end. Therefore they communicate over radio to ensure optimal traffic flow.

All of our operatives are trained to the highest safety standard 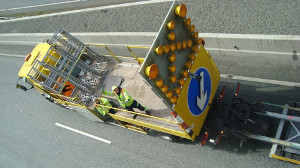 Mobile Lane Closure (MLC) may be used as a temporary traffic measure to protect roadwork operations which require the work force and plant either to move continuously along a road or to make frequent short duration stops to carry out maintenance or other work.

Mobile Lane Closures are suitable for roadworks that are stationary for no longer than 15 minutes at any time. The activities that can require mobile lane closures include weed spraying, hedge cutting, litter picking, barrier reflector installation, surveying and other non-stationary activities. 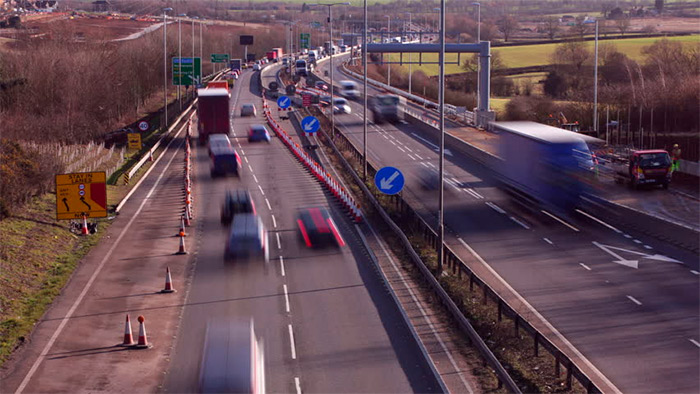 A crossover allows traffic from one side of a dual carriageway to be moved to the opposite carriageway and operate in a contra-flow layout.

The choice of location of the crossover points is a critical factor affecting safe use and construction costs. This is only one consideration when planning contraflow systems. Luckily, GKTM have the experience and expertise to plan a crossover and conform to all the required regulations. 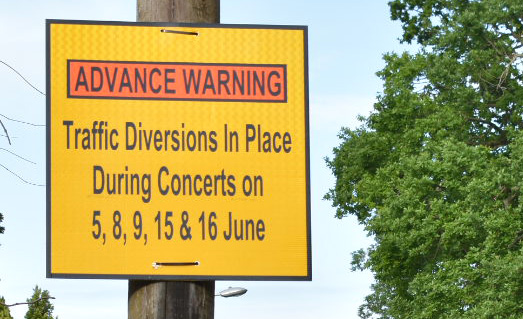 Before any road can be partially or fully closed to traffic a detail investigation and traffic management plan is developed. After liaising with Gardaí and the relevant local authorities a plan is created and sent to the local authority for approval. If the road to be closed is part of more than one local authority then each authority must be consulted. GKTM’s experience in this field has meant we have a very good working relationship with the Gardaí and a number of local authorities throughout the country.

GKTM will perform all the necessary prerequisites and install all signage and equipment necessary to ensure safety for all road users – pedestrians, cyclists, motorcyclists. drivers etc.